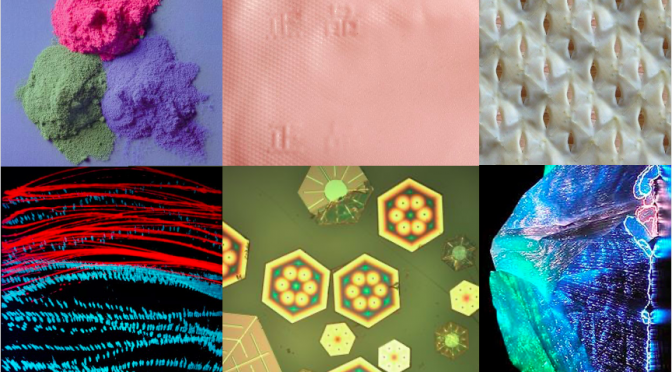 This paper deals with the design of emerging, augmented, ICS materials in the framework of a Design-Driven Material Innovation approach, presenting a selection of concepts of Tangible Interfaces, developed during a workshop held at Politecnico di Milano. In the attempt to include digital tech- nologies in product and interior design, enhancing human experience and new perspectives for next interactive products, young designers were asked to explore the new possibilities offered by these novel materials in an Experiencing Prototyping and Smart Aesthetics framework. The core of the paper focuses on the outcomes and the analysis of this experience between research and educa- tional activity. The last part refers to the ongoing shift within Design Schools, where the educational mission is increasingly promoting workshops and part- nerships with design oriented companies. The novel technological landscape implies indeed this sort of collaborations, as Design Schools can effectively assist companies in making evidence based decisions.

Starting from an object of everyday use, but with a strong tactile appealing, like a sponge, two of the young designers chose to install within four switches all connected to a speaker, able to reproduce the different sounds related to each of the switchers. Beyond generating a playful almost-living-object, they were able to augment a common yellow sponge only by adding basic components to its physical structure, generating a perceptive dis- placement, while adding a stress-relieving connotation. Such a basic concept disclosed in all its simplicity as an interesting starting point for further developments and future designs. The manipulation of ready-at-hand technology, in a Tinkering scenario, led then to a natural process of implementation of what just the day before represented an unexplored field, somehow challenging and intimidating.

The second concept deals with a more poetic and conceptual design, providing an interesting outcome on the side of augmented textile interfaces. Starting again with a Tinkering based session, two students were intrigued by the direct observation and manipulation of a 12 RGB led ring that inspired them to create a design offering a highly sensorial experience, thanks just to a piece of fabric embedded with an Arduino microprocessor. Connecting indeed a 12 RGB led ring to an Arduino the two students were able to revisit the traditional design of a clock, while rethinking the communicational code relating a human being to a watch or a clock. They used a different color for the led lights, setting the color red for the hours and the blue for the minutes. When the two rays combined, the concept automatically released a purple light. And just to provide a stronger involvement on the user’s side, they manually embroidered the Roman numeral, from zero to twelve, on the fabric. As often suggested while implementing technology to objects of common use, especially for those with a strong culturally rooted design, referring to metaphors helps enhance a UCD User Centered Design approach [11]. Expressing an idea in terms of another, which is basically what metaphors do, both through the language as well as the graphic code, represents a way to shorten the distance, instead of generating a skeptical attitude. So that, metaphors, but also archetypal shapes, while awakening the evocative moments humans tend to go through when approaching novel products or objects [12], do work as useful artifices to stem any prejudice eventually linked to the implementation of emerging technology on objects of everyday use. If well balanced with a multisensory stimulation they can then produce new Smart User Experiences and full-body involvements.

A third concept was inspired by the basic idea of a flower blooming in the presence of light. It aimed to bring the chosen polymeric material to life, letting the petals bloom, once enlightened by a light source. A photo resistor captures light and activates a servomotor that makes the petals move, while switching on the led lights positioned on the corolla. Again, thanks to Arduino and a basic circuit, the concept produced inter- esting outcomes, succeeding in meeting the desired sensorial involvement. The more basic the idea is, with the embedding of electronics just where not expected, the deeper the Smart User Experience can be. Reproducing all the magic of a blooming flower through a simple structure in an artificial context delivered a strong payoff to the students themselves, encouraging their research and inspiring for future scenarios.

Finally, the fourth concept consists in an interactive panel especially conceived for chromotherapy. The students involved installed between two thin layers of a squared white stretch cotton fabric an RGB recognition sensor connected to an Arduino card. Once activated, the light shades produced a sort of “wow effect” in contrast with the minimalism of the design. The communicational code associated to colors, combined with the electronic components, generated an interesting prototype of an interactive material interface. Another starting point then for future implementations, in a Somaesthetics framework, where human body discloses as the tools of tools, the medium of our being, perception and action in relation to the physical world.